A small group of students at Stanford University were challenged to design a product that could save the lives of millions of newborns in the poorest parts of the world. The students were participants in a popular class called “Design for Extreme Affordability.” Their assignment was to research and design a low-cost infant incubator that could make a meaningful impact on the global infant mortality problem.

The students ultimately developed the award-winning Embrace Infant Warmer, a user-friendly medical product that can keep an infant warm for up to 4 hours and costs less than 1% of a traditional baby incubator.

As designers and manufacturers of POP displays and retail store fixtures, what can we learn about the design process the students used to enable us to create more innovative and cost-effective merchandising displays?

The design thinking process used by the students who created the Embrace Infant Warmer can be applied to the process of creating any Point-of-Purchase display. Applying the key elements of this process will likely lead to more innovative and cost-effective retail displays. 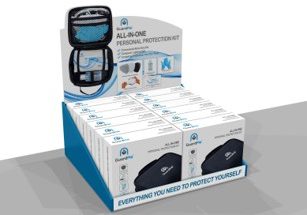